Decision in Boeing v. Secretary of the Air Force

Contractors often license data to the United States government with varying degrees of restriction on the use of their technical data.  The case of Boeing v. Secretary of the Air Force provides guidance on how a contractor may attempt to preserve their technical data rights while still providing access to the government.  Specifically, the decision focused on Boeing’s practice of placing a legend notifying outside third parties regarding their data rights. 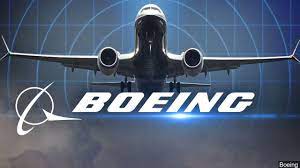 On December 21, 2020, the United States Court of Appeals for the Federal Circuit released their final decision in Boeing v. Secretary of the Air Force. The case holds important implications regarding technical data rights for contractors of the United States Government.  The Court of Appeals emphasized the following language from the Defense Federal Acquisition Regulation Supplement (DFARS) 227.7103 around marking requirements of that technical data:

The Court emphasized that a contractor restricting their data usage by labeling with such a legend must choose their words carefully to avoid restricting the government’s use of the data.  A legend that is too restrictive could be rendered void while a legend too open-ended could be ineffective at protecting the data usage rights.

In conclusion, the Federal Circuit confirmed that contractors who give data to a government agency may mark that data with a legend to place a notice on third parties of the contractor’s retained rights in that data.  If you are a contractor who provides data to the government, it is important to consider the legal rights surrounding how your data is labeled and delivered to a government agency.