On September 14, 2015 the Ninth Circuit decided a major and long running case involving the issue of “Fair Use” in copyright law. To put the holding succinctly, plaintiffs who pursue copyright infringement prosecution are required to consider fair use before issuing a takedown notice. The broader implication of this holding means that the “Fair Use” is not to be considered as excusing a violation of copyright law, but rather a substantive right under copyright law. 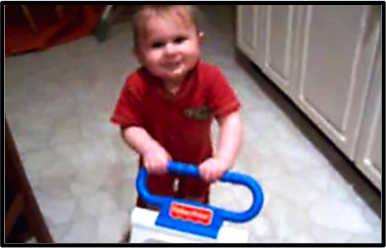 For background, this case involved a 2007 video on YouTube of a dancing baby with the music track “Lets Go Crazy” by Prince playing in the background. The video was only 29 seconds and was itself titled “Lets Go Crazy #1”. A staff member of the Universal (holders of the song’s copyright) monitoring content infringement on YouTube came across this video and deemed it an infringing use. In coming to this conclusion the Universal staffer decided the video made significant and identifiable use of the track, and the music track was the focus of the video. A takedown notice was issued to YouTube, who subsequently removed the video.

As part of the Digital Millennium Copyrights Act (“DMCA”) takedown notice the copyright holder must submit a “good-faith belief statement”, under 17 U.S.C. § 512(c)(3)(A)(v), stating the holder has a “good faith belief the above-described activity is not authorized by the copyright owner, its agent, or the law.” This “good –faith” extends to believing that the activity is not authorized under “Fair Use”, something authorized under “the law”. Conversely, when content is removed pursuant to a DCMA takedown notice the user is given an opportunity to submit a similar “good-faith statement”, under § 512(g)(3)(C), where they can assert the takedown was in error or mistake.

When YouTube removed the video, the video’s creator Stephanie Lenz asserted the takedown was in error because of fair use. After a series of counter-takedown responses, Lenz filed suit against Universal based on 17 U.S.C. § 512(f), stating a party who misrepresents “that material or activity is infringing” may be “liable for any damages, including costs and attorneys’ fees” incurred as a result of relying on that misrepresentation in removing or disabling access to the material.

Taking their holding one step further, the Ninth Circuit also held that courts may determine if a copyright holder had a good faith belief using the “willful blindness doctrine”. This means that if a copyright holder has a high probability that facts will show fair use, however takes deliberate actions to keep from learning these facts, they will be liable under §512(f).

While this may seem like an extra burden to rights holders, the court was very forgiving on what type of consideration is actually required, saying it “does not require investigation” of the content and it “need not be searching or intensive.” In fact, “consideration of fair use may be sufficient if copyright holders utilize computer programs that automatically identify for takedown notification content where: ‘(1) the video track matches the video track of copyrighted work submitted by a content owner; (2) the audio track matches the audio track submitted by a content owner; and (3) nearly the entirety…is comprised of a single copyrighted work.’” The court even went as far as stating, “there are no cases to date requiring the need for human review.”

In conclusion, this new ruling is very important to both copyright holders, and content creators who may be using copyrighted material. For holders, the procedure of issuing DCMA takedown notices now involve an important, but not overly onerous, procedural step of having a subjective good faith belief of no fair use before proceeding. For content creators, or other utilizers of copywritten material, there is a now a more robust foundation to the doctrine of fair use.

To ensure you fully comply with copyright laws, both as a rights holder or a content creator, please contact Tsircou Law. We can assist with any questions you have, and both prosecute or defend rights if necessary.